Please note: As our performances are hosted in the Bryan Jones Theatre, at Lakefield College School, we will be following all Covid protocols. Venue policy requires all attendees have two vaccines. Masks are mandatory at all performances.

All performances are scheduled for 3pm in the afternoon. Doors open at 2pm.

The journey for Vasyl Popadiuk from Ukraine to Canada has been one of musical adventure, starting at Kiev’s Lysenko school for gifted children at the tender age of 7, and continuing at Ukraine’s National Tchaikovsky Conservatory of Music from age 18. Vasyl Popadiuk’s father, himself a renowned composer and pan flute player, dreamt of his son following in his footsteps as a flutist but at the age of four Vasyl Jr chose to play the piano. By age six he had discovered and fallen in love with the violin – an outcome predicted by a stranger before his birth – that love has remained steadfast through the years.

Popadiuk who is a multi-instrumentalist (he playes 15 instruments), has toured with many prestigious troupes, including Ukraine’s Hopak National Ensemble, Kiev’s Gypsy Music Theatre Company, and the Nazarov Music Theatre Company of Moscow with whom he performed for many international dignitaries including the late King Hussein of Jordan. He was asked to accompany Soviet leader, Mikhail Gorbachev and his wife as part of the cultural entourage during a state visit to Spain where he performed for Queen Sofia.

Canadian pianist Sarah Hagen has performed in concert halls and has been heard on broadcasts throughout North America and Europe. Awarded as Ontario Contact’s 2017 Artist of the Year and the British Columbia Touring Council’s 2015 Artist of the Year, and mentioned by The Guardian (Charlottetown) as the Best Classical Performance of 2014, her interpretations have been described as “outstandingly inventive” [University of Waterloo Gazette], ”played flawlessly” [ReviewVancouver] and “with great sensitivity and heart.” [Vernon Morning Star]

Amanda Martinez is a Canadian singer-songwriter whose music is an original blend of influences from her Mexican and South African roots.

Amanda credits her longtime band for being a huge support to her career. “They are world class musicians who I feel lucky to play with. Each one contributes to our overall sound.” Her band features her long time guitarist and now-producer Kevin Laliberté, husband/bassist Drew Birston, and Cuban Canadians Rosendo “Chendy” Leon (percussion), Alexander Brown (trumpet), Osvaldo Rodriguez (violin) and Pablosky Rosales (tres). She often tours with Mexican bassist Paco Luviano.

She has released four albums and her latest recording Libre is her most eclectic creation to date. Her songs have been selected for four Putumayo world music collections.

Career highlights include headlining the Blue Note jazz club in NYC, the FIFA World Cup in South Africa and the Pan American Games in Mexico and Canada. She has also been a guest recording and touring artist of award winning guitarist Jesse Cook. She has sold out Toronto’s Koerner Hall multiple times and Ottawa’s National Arts Centre and Winter Garden Theatre.

Amanda also works as an actor in film and television and has guested on shows including Designated Survivor, Suits, Regenesis and Kim’s Convenience and will be guest starring on an episode of Private Eyes with Jason Priestly. Film credits include My Mother’s Darkest Secrets and I was Lorena Bobbitt for the Lifetime Network.

She hosted Panamania during CBC’s coverage of the PanAm Games and the web series Ingredients for a Good Life, showcasing Mexico to Canadians. Ms. Martinez is a musical ambassador for SOS Children’s Villages Canada and was awarded Top 10 Most Influential Hispanic Canadians by the Hispanic Congress.

Amanda lives in Toronto with her husband and their three young children. She holds a Master’s in International Business from York University’s Schulich School of Business.

Patricia Mary O’Callaghan (born October 2, 1970) is a classically trained Canadian singer. She is a soprano who has built an international reputation as a performer of contemporary opera, early 20th-century cabaret music and the songs of Leonard Cohen.

She trained as an opera singer after being unable as a teenager to decide whether to become a rockstar or a nun and JazzTimes magazine has labelled her “the stunning Canadian chanteuse with the chilling soprano voice”.

O’Callaghan’s first recording, Youkali, was released in 1997 and features cabaret songs by Kurt Weill, Erik Satie and Francis Poulenc. She followed it with Slow Fox (1999), which contains “Hallelujah“, the first of her many interpretations of Leonard Cohen’s songs. That year she performed in Toronto at Ted’s Wrecking Yard, to an audience more accustomed to high energy rock music.

O’Callaghan released Real Emotional Girl (2001) and Naked Beauty (2004). But it was 2011–12 before her recording career appeared to hit its full stride. That year O’Callaghan sang on Broken Hearts & Madmen with the Canadian chamber music ensemble the Gryphon Trio and released Matador: The Songs of Leonard Cohen, which one critic pointed out was in several respects a better work than the 1987 Cohen tribute album Famous Blue Raincoat recorded by Jennifer Warnes.[5] Another, Jon O’Brien, wrote in a review for the AllMusic website: “A graceful and respectful homage to a true musical icon, Matador: The Songs of Leonard Cohen cements O’Callaghan’s position as one of his most accomplished interpreters.”[6] O’Callaghan was an artist in residence with Soulpepper Theatre Company in the Distillery District of Toronto for six years where she worked “towards her heart’s ambition to bring her distinctive brand of cabaret to a broad-based audience”.

O’Callaghan was featured as a singing character in the 1999 CBC Television series Foolish Heart and in the 2004 Canadian TV movie Youkali Hotel produced by Enigmatico Films and WestWind Pictures.

The singer is perhaps best known for her cover version of Cohen’s “Hallelujah“, recorded in 1999 and reissued in 2001 and 2012, and her many live performances of the song.

This multi-award-winning, 3x Juno-nominated and Billboard charting band creates “energetic and exciting music from a band with talent to burn!” (Maverick, UK). For more than a decade, Sultans of String have thrilled audiences with their genre-hopping passport of Celtic reels, Flamenco, Django-jazz, Arabic, Cuban and South Asian rhythms. The group celebrates musical fusion and human creativity with warmth and virtuosity, with world rhythms that excite audiences to their feet!

The Dreamboats are bringing back good ol’ rock n’ roll! With a sound that is equal parts Chuck Berry & The Wonders, this quartet of Canadian boys delivers a high energy show that has audiences dancing the night away!

After international tours in both Europe and California, the young and energetic Dreamboats are ready to tear up the stage with their award-winning music inspired by the 50s & 60s sound that they adore. Their on-stage antics are complimented by tales from their adventures on the road: from performing at the legendary Cavern Club in Liverpool, England (where the Beatles cut their teeth), to hearing how Rock n’ Roll came to Canada, first-hand, from the legendary Ronnie Hawkins, to swimming in Elvis Presley’s pool! The Dreamboats are bringing the sound from this timeless era forward for a new generation to discover.

Thank you to
our generous sponsors! 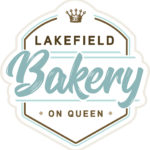 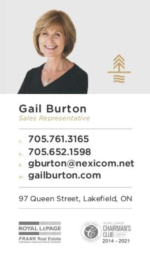 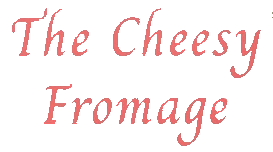 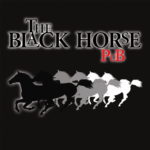 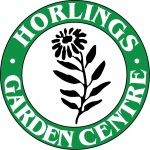 How to find the Bryan Jones Theatre at Lakefield College School 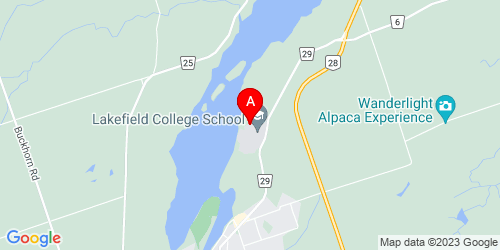